This past winter there was quit a bit of excitement in the bird community around home because of a harlequin duck and Barrow's goldeneye that were wintering in the St Croix River near Prescott, Wisconsin. I made quite a few trips to Prescott and photographed the harlequin several times but I was never able to spot the Barrow's that had been reported. Since the bird was reported to be mixed in with a flock of common goldeneye it was difficult to pick out and more then one person misidentified a common goldeneye who was facing a weird angle as a Barrow's. 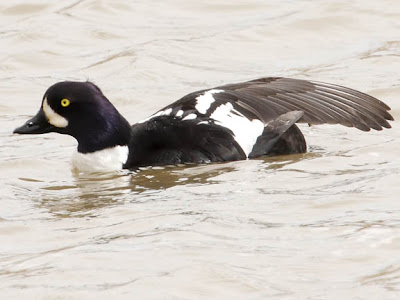 At Yellowstone this year there were barrow's goldeneye everywhere. 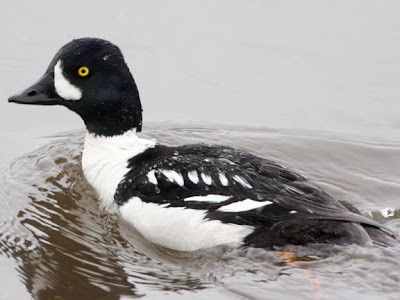 We had seen them in Yellowstone on past trips but nothing with the frequency that we saw them with this year. 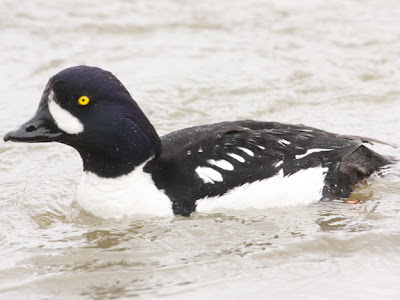 There were Barrow's in many of the small lakes and ponds that dot the landscape between Norris and Mammoth. 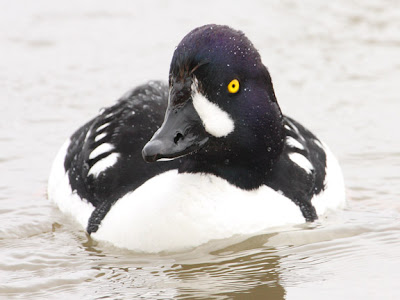 There were Barrow's out in the Lamar River, not far from Soda Butte. 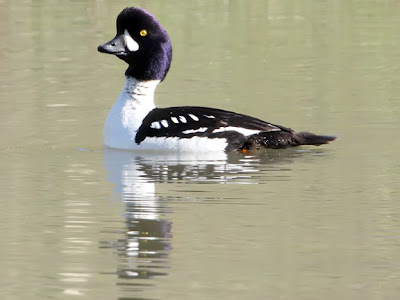 There were even Barrow's in the small portions of Yellowstone Lake that were not frozen. 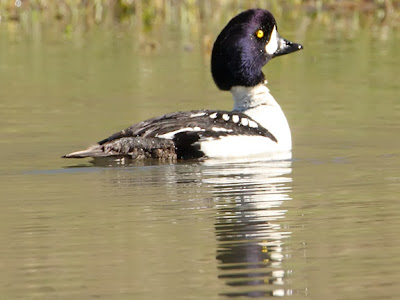 At first I was very excited, frequently stopping to get a pic. These were Barrow's goldeneye after all and not something that we typically have many of, close to home. 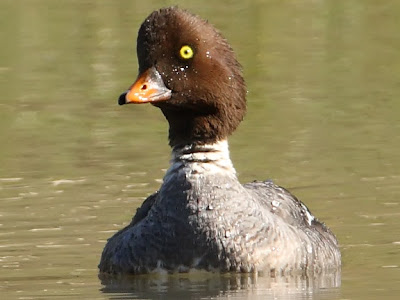 After a while though we got to the point where it was, "don't bother stopping it's just another Barrow's." 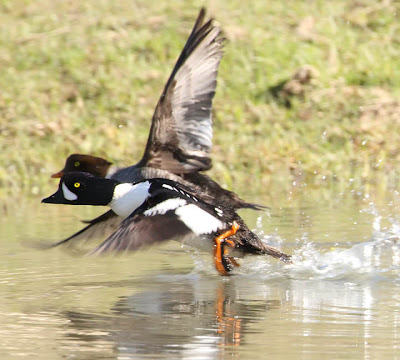 We did get some real nice pics though and this winter when everyone is hoping to see a Barrow's I will be able to go back and look at my pics and remember how beautiful they were in the warm May sun.
Posted by Ecobirder at 1:33 PM

I was just amazed at these photos - the Goldeneye is just magnificent! I love the take off at the end.

I knew I should have treked out to Yellowstone instead of up to Prescott. Oh well.

very good sequence. the last one is fantastic!!!

Thanks everyone. Although the Barrow's were pretty common in Yellowstone it was still fun to photograph since we do not see them often by home.