At Bowdin they also had a short walking trail that went around a small pond called the display pond. Although there were many birds on the pond I was more interested in the passerines that flitted between the trees that lined the pond. 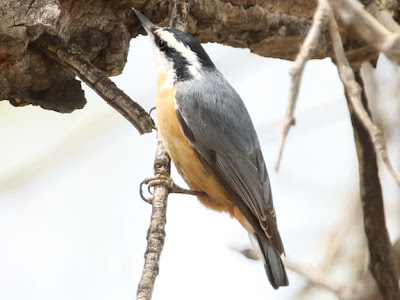 The first birds that caught my eye were the red breasted nuthatch. I spotted 4 or 5 climbing up and down the trees. 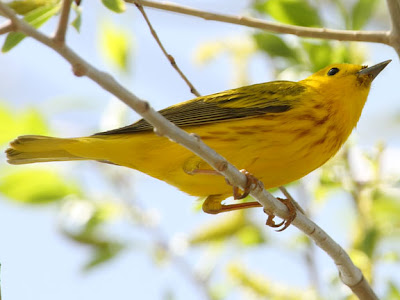 There were also quite a few warblers around including Tennessee and yellow warblers. 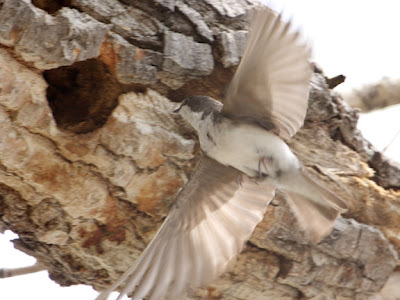 The most interesting bird that I spotted was a tree swallow. Tree swallows are not really rare, we have plenty of tree sparrows around home, what made it interesting was that it was very active around a hole in the tree which I am guessing was its nest. 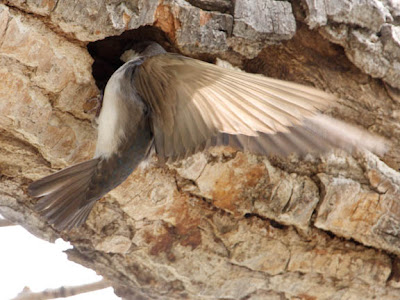 Tree swallows are cavity nesters. They often build their nests in holes in trees near water, as in this example, or sometimes in nesting boxes, including bluebird houses. 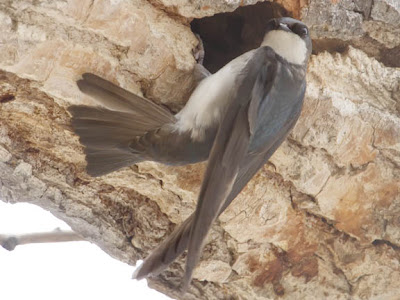 The nest itself is cup shaped and constructed of grasses with large feathers, from other birds usually lining the nest. 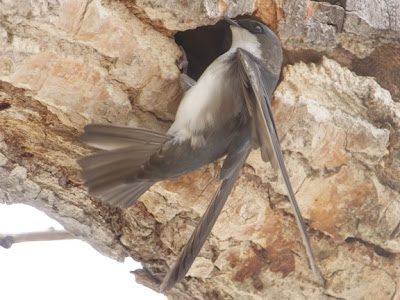 The feathers are often turned upward so that they curl around the pure white eggs. 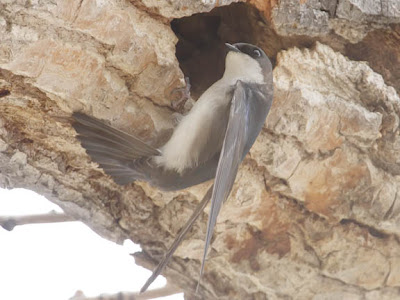 The nest is constructed mostly by the female and typically takes 2 to 4 weeks to build. The male assists by bringing the large feathers for the top lining. 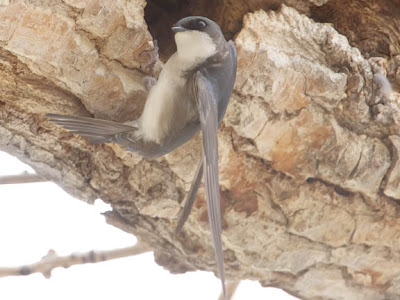 The clutch usually consists of 4 to 7 eggs which the female incubates for 13 to 16 days. Both adults help to feed the young birds which take 16-22 days to fledge.
I am not sure whether or not this pair already had a brood, were incubating eggs, or where in the process of building a nest. I did not see them bringing any material to the hole so I do not think that they were building a nest. Most likely they had eggs or young, hopefully they will survive and prosper and help increase the population of these colorful birds.
Posted by Ecobirder at 6:51 PM