Home, home in Bowdoin where the birds and the antelope play

Bowdoin National Wildlife Refuge has lakes, ponds and potholes but it also has prairie. We saw quite a few creatures living out in the fields surrounding the water. 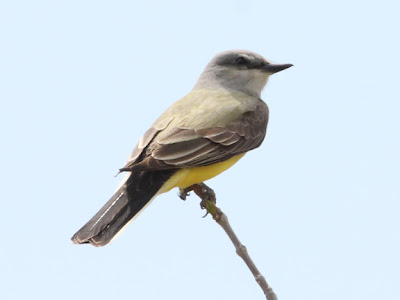 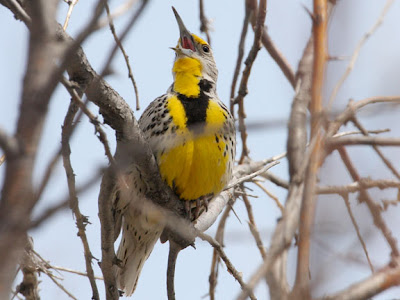 There were plenty of western meadowlarks everywhere that we went it was nice to hear there song as we were driving along. 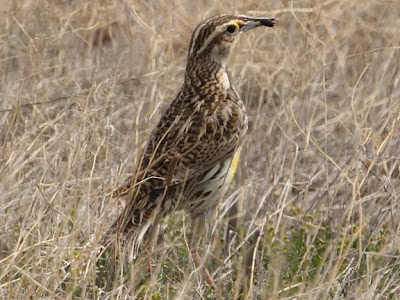 Western meadowlarks can be found in open country such as fields, pastures and grasslands. They are a ground forager. They can often be seen searching the ground and the dirt for bugs, plants and seeds. This bird found itself what looked to be a plump cricket for lunch. 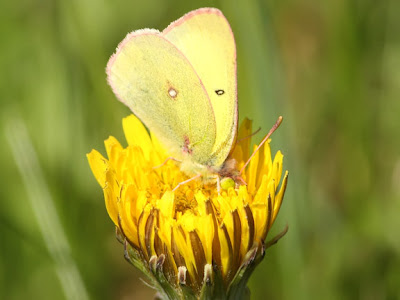 There were also plenty of insects in the fields including bees of several types, moths, grasshopper, and butterflies, like this sulfur. We were lucky that we did not really have any problems with mosquitoes. Maybe it was still too early in the year or maybe it was the low water level, either way we were grateful for not having to deal with the little pests. 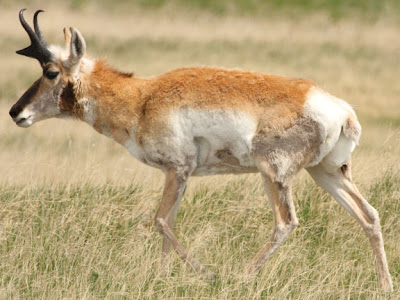 One of the big surprises at Bowdoin was when we came across this pronghorn buck. We had seen a few rodents and other small mammals but we were not expecting to see anything like this while we were out birding. He was resting in the grass but decided to move further away from the road when we stopped the car to take a couple of pics.
Posted by Ecobirder at 7:18 PM